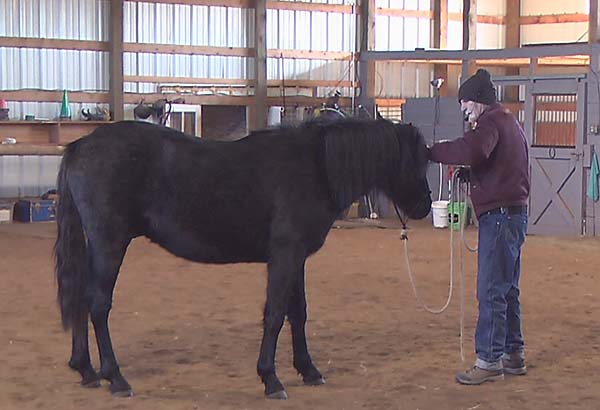 The dictionary defines patience as “The capacity to accept or tolerate delay, trouble, or suffering without getting angry or upset”.

I have noticed the number one quality that Dennis brings to his training is his patience. He never gets in a hurry. I have heard him say many times at his clinics that slow is fast, fast is slow. I have seen so many trainers through the years just absolutely lose it only because some poor horse doesn’t understand what the trainer is asking for.

Let’s think about this for a second. As humans we are supposed to be the higher evolved with the higher intellect. But when our training gets bogged down we sometimes have a tendency to take it personally. We think the horse is acting up and purposely refusing to do the task we are asking for. We’re expecting the horse to speak human when really it is our job as the more intelligent species to speak better horse. When we run into a training issue it’s our fault for not figuring out that we aren’t communicating well enough for the horse to understand. 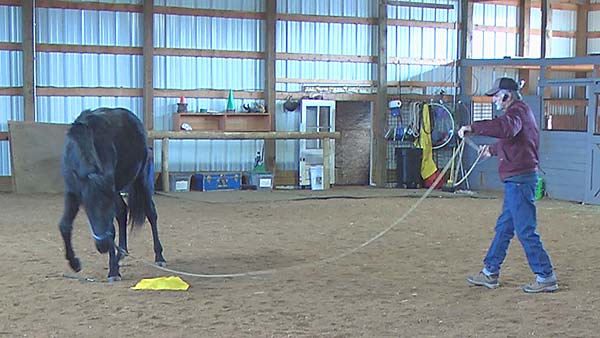 Some scientists have said that horses have the intelligence of 12-year old humans. Would you beat your 12 year old child because he can’t add 3 plus 3? Or would you try to figure out another way to communicate to him how to solve the problem? This is where patience comes in. When we hit a wall in our training, instead of engaging our ego and thinking the horse is refusing or trying to put one over on us, we need to figure out a better way to communicate what we are asking for so we can give the horse a win.

We need to go back to a point in our training where the horse is assured of success. Dennis has pointed out to us several times that when we teach a new concept to a horse and the horse finally locks on to what we want, you don’t want to sit there and keep asking for that behavior over and over again. Once our horse understands what we are asking for, two or three additional repetitions is all we need. If you try to repeat the same exercise twenty times in a row you almost guarantee the horse will get bored or frustrated or both.

It’s much better to practice patience and get the desired reaction two or three times and then move on to something else. Later you can come back and repeat the exercise two or three more times.

If you’ve been following along with Smokey’s training you will notice Dennis will ask for something a couple of times and when he sees that the horse is starting to understand he might just stop and love on Smokey for a while and just let him stand there for a bit and chill while he rubs him down. This gives the horse a chance to digest what he is learning.

Giving the horse a little break now and then also gives you a break. If you run into a wall somewhere, taking a break gives you an opportunity to get creative and see if you can come up with another way of asking for what you want.

I love the way Dennis thinks and teaches. Every time he introduces a new concept he will tell you how he approaches it and then he says something like “Try XYZ. If that doesn’t work maybe try JKL. And sometimes you might find that some horses might need RST. For every training situation, Dennis always tries to come up with many different ways to teach the same concept. This is what is wrong with step by step training programs. You do step one, then step two, then step three and so on.

But at some point you might run into a step that isn’t working for your horse. If you can’t be creative and come up with a different approach then you’re just stuck.

The take away here is that if we are patient and we take our time with our training and try to keep it fun for the horse, the end result will be a willing partner instead of a frustrated horse who has given up on even trying.